A while ago (sometime in the fall) I had an idea for a game. From the start I just wanted to create something cool with HTML canvas, and I came up with a vague idea of a type of idle game. The plan was to make something like an RPG game where you couldn’t control anything other than the class/race and name of the character.

From the start it was supposed to be offline, but when my friend Erik came into the project (Erik, likes to have ideas and create graphics) he got me hooked on trying to make it multiplayer online aswell. The project grew a bit and I had to rewrite some of the code. Luckily, since it was writting in JS and jQuery I could use most of the original code on the server, since I choose a stack with NodeJS.

The game uses canvas on the frontend client and communicates in realtime with the server using websockets. It takes the data returned and repaints the canvas to update the world map with player positions, and the “console” with new actions.

There are more features that I will show in a later post, together with explanations of the backend code, but I just wanted to get this out there. 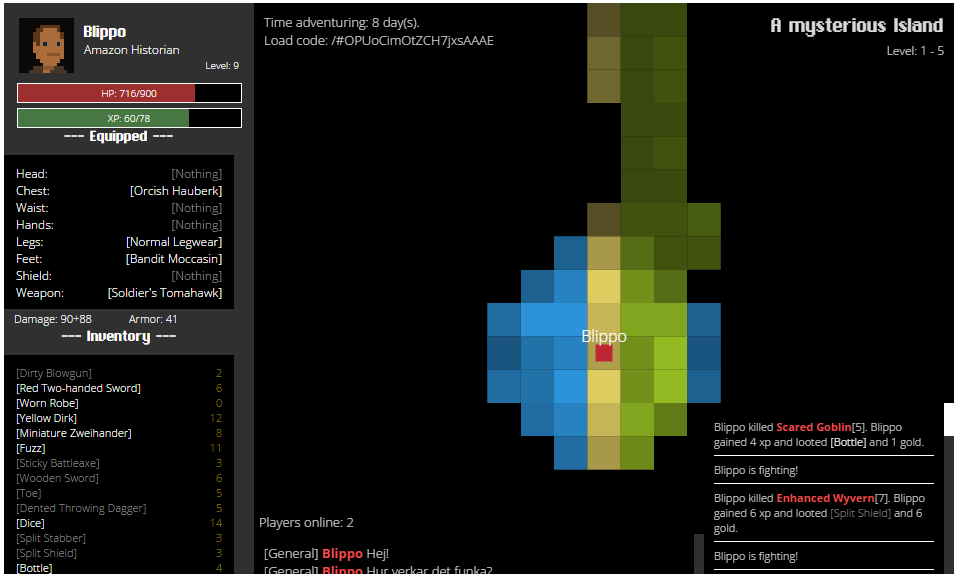